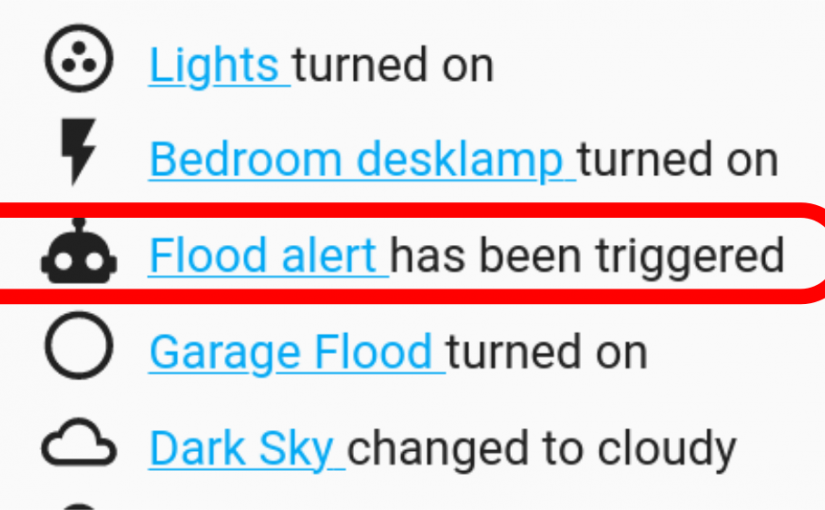 I had a bad experience with push-to-connect pipe fittings between my hot water heater and my hydronic heating system and wanted to share with you what happened.

On Saturday morning at 4:19 am I was fast asleep. But then I jolted awake as the bedroom lights flashed on and a slightly robotic voice proclaimed:

So I staggered down to the garage on the first level. On the way I could hear a lot of water moving, so I got to thinking this was not a false alarm. Upon opening the door, there was steam and water just rushing out near the hot water heater. It has just begun, and the puddle was rapidly moving across the floor and soon covered most of it.

I got the water valve turned off relatively quickly without scalding my bare-ass feet too much. Taking a look at what happened, here’s what I saw:

As the sun rose, I got to researching these fittings. This is an off-brand version (Proline) of something commonly called a sharkbite connector. It has little teeth in it that are supposed to grab the copper pipe and hold on. Let’s take a look at those teeth.

Look at that! The teeth are there but a huge fraction of them have totally just corroded away! After they were gone, the connector literally just slipped off the pipe and shot water out. Yikes!

Now, that o-ring in there is supposed to keep water away from the teeth. But clearly, it did not. So I think what happened here is that the o-ring failed, released water into the teeth, and then the teeth corroded and failed, and then my garage and 1st floor started filling up rapidly with scalding hot water.

Thank goodness I had a traumatic house flood as a child and as a result had installed a little flood sensor. That $38 or whatever saved thousands of dollars of water damage and a huge repair project. Nice.

There was another connector like this as the inlet to the hydronic heating system. I touched it gently and it started dropping. Nice. So it was loose and had the same problem. So I went to the store, bought a torch, a flux/solder kit, and two copper fittings. Now they’re sweated on properly.

Granted, these fittings were not in your normal hot water heater setup. My hot water heater sends extra hot water (155 °F) to the hydronic heating system that goes around and heats the house through floors and radiators and also mixes it with cold water to send to the hot water taps at a less scalding temperature. Corrosion increases dramatically at higher temperatures. Thus, even though lots of people say they’ve had good experiences with these kinds of push-to-connect fittings, I have to recommend against them, especially in extra-hot water situations.

I also think it’s extra-wise to have some kind of instrumentation about floods going on. I just had this little Fibaro Flood sensor guy, which worked great.

For automation and alerts, long-time readers of this blog will know I’m using the inimitable Home Assistant system with lots of carefully hand-crafted automation. (See this old post, which is desperate need of updating since I moved).

After this event I was going to buy more flood sensors. But I thought maybe I should try out an ultrasonic clamp-on flow monitor on my main water pipe first. So I will be trying that out and will report back.

This is a true story but is a single occurrence, I don’t really know how likely this is to happen more. I know lots of people on the internet totally live by push-to-connect plumbing fittings. My story is a single occurrence. But it really happened and you can see for yourself the corrosion. Never again is my new rule.