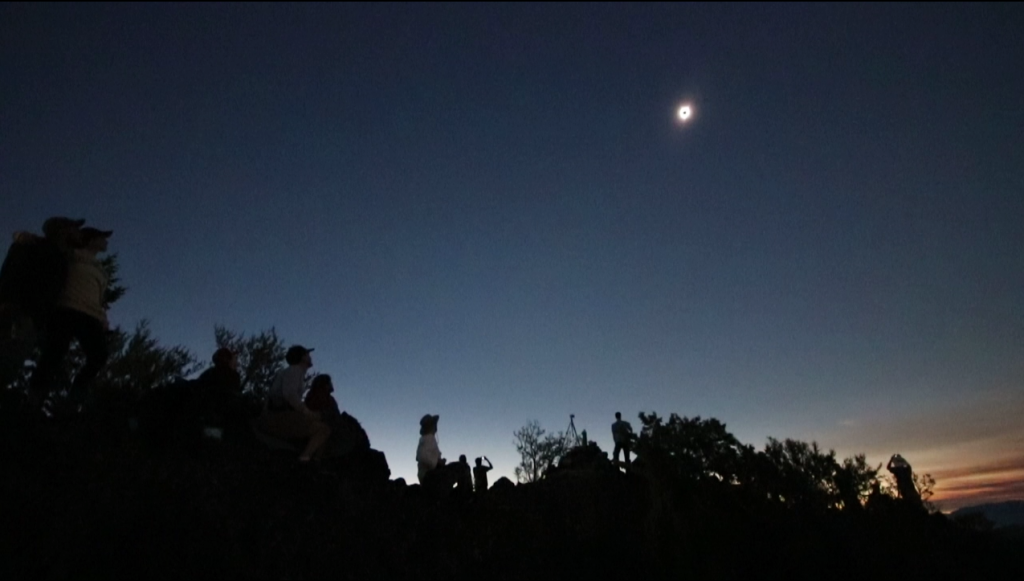 On June 19th, my little sister sent me Annie Dillard’s essay about her experience viewing the 1979 total solar eclipse and stated that we were going to go see it in Oregon. She said: “This essay has made going to the Eclipse non-negotiable in my mind.” I had been moderately interested but somehow the essay made it sound way cooler that I had previously envisioned and so I got excited about it. There was already hype about how bad traffic would be down in Oregon, but she said she had been thinking about dispersed camping in Malheur National Forest. I looked at a map and it looked pretty good.

As it turns out, the Malheur National Forest had a completely awesome eclipse-viewing information on their webpage. They even had good viewing sites listed with accessibility options. One of them stuck out to me: Nipple Butte. It seemed like a high point in a place that’s far enough out that it wouldn’t be swamped. Sounds good! Let the planning begin!

I downloaded a zillion topographical maps of the area that the website pointed me to. The USGS has detailed topo maps of very much of the USA that you can just download. I grabbed a bunch of them just in case the original spot was crowded and we had to venture deep into the forest. I also spent a lot of time looking at satellite photos of the area. It definitely seemed solid. 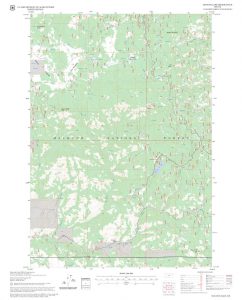 We bought big jugs of water and way too many snacks and headed on down. The 7-hour drive was pretty painless on Saturday morning, and we even filled up for gas in the lovely town of Long Creek, OR. There were a lot of people around the gas station, and the lady there said we’d have some company up in the forest.

At first we really thought Nipple Butte was going to be super crowded so we tried taking my loaded Impreza up what we called “Ridge Road,”, a really primative jeep trail, in search of an awesome view along a ridge I had scoped out in advance. The road was really rough and we bottomed out a few time, making me fear losing the oil pan like had happened to me in Quito long ago. Eventually we decided the trees weren’t going to let up and that we should proceed to somewhere closer to Nipple Butte, so we did. We found a nice field with only a few others in it and set up camp.

Tom from my work had become interested in this spot too and we planned to meet at the Nipple Butte trail at 5pm on Saturday. Sure enough, he was there and hilariously he had set up camp with his SO and their friend who came up from California just across the field. We pranked them by having him go back to camp defeated and just yell out “HEY NICK!” and then I replied from across the field “TOM!??” It was pretty funny. It was nice having them over there to hang out with and scope out Nipple Butte with. Plus Tom had a full-on sasquatch suit named Theresa.

We had a nice time messing around for the rest of Saturday. Before too many people showed up, we sent the drone out to see what we could see. We found the Butte and it looked great.

On Sunday we scoped out the Butte. It looked awesome and there were a bunch of others scoping it out so we decided to wake up at 4:30 am to get a good spot. Before that we got a good display of stars.

4:30am may have been a bit too early. I was freezing when we first woke up, it must have been in the low 40s. Once we got hiking though I heated up quick, and we got to the top almost exactly as the sun rose. It was really nice, and we could hear free range cattle mooing in the distance. The day was perfect.

I started setting up camera equipment and we all just hung out. I didn’t want to focus on the camera stuff during totality so I was going to have it all automated. I had my camera with a 250 mm zoom lens on it pointed at the sun riding atop my hand-built start-tracking camera mount (turns out the sun is a star) and then I had a wide-angle lens on my sister’s camera for just broad shots and video. I had read about polar aligning the star-tracker in the daytime and had printed out some azimuths at different times during the morning from Stellarium in advance. Once it was aligned, I made sure advanced bracketing and the intervalometer were going via Magic Lantern and was good to go.

We weren’t the first people up there, there was a coupled around the corner. But we did get our chosen spot. The next group of people showed up at about 7:30 but it never did get overly crowded.

The partial eclipse started right on time, at 9:08:37. I had some mylar filters that I rubber banded over the camera. I also rubber banded them across my actively stabilized binoculars and boy am I glad I did that. The best viewing was through those for sure.

At this point we had to wait just over an hour for totality. A guy named Morgan from Montana showed up and sat near us. He was really cool and had worked in the forest service for like 24 years. He also happened to have a hobby farm and do his own butchering so he could tell us all about the free range cattle. Very nice and interesting guy. Hi Morgan, wherever you are! (If anyone knows him let me know, I got a great shot of him). Eventually things started cooling down a bit and the shadows got weird.

And then, boom! Totality! It took me slightly by surprise because I had memorized the time for greatest eclipse instead of start of totality (whoops) but it was easy to know when it hit, because the sun looked like this:

It was incredible. It got so dark, and the ambiance was so bizarre. I loved it. Eventually I put the unfiltered binoculars up to my eyes and was immediately flabergasted by the incredible fine detail in the corona. It was like these electric white ripples going off in strange directions. I could see them extending several suns away. I was really not expecting that. I ran up and started passing the binocs around to share the enhanced experience. The two minutes were gone in a heartbeat and the view was but a fleeting memory, hard to recall even right afterwards. It’s hard to put into words the experience.

Anyway, here’s a video of the experience:

Out of all the photos that were taken, I did get a few good ones. They really don’t capture the detail and glory of the corona, it is very difficult to photograph.

Here’s roughly how many were taken:

Again, the detail of the corona just doesn’t show up in these pics. Fortunately I recently met some professional astrophotographers who have thousands of dollars of equipment and spend literally weeks processing their images, stacking them, calibrating them, on and on. Some of their photos actually turned out pretty good. For example, Andrew Thomas got this one:

We basked in the glory of that moment for a while and hung out, packed up camera stuff, and talked for a bit more before descending off the Butte. Back at camp we decided to wait a few hours and eat lunch before facing the traffic. We ventured out into the meadow for a while and everything.

We hit an extra half hour of traffic on 395, an extra two hours on the I-82 bridge across the Columbia (down to 1 lane!) and a long 45 minutes on I-90 coming back over Snoqualmie Pass. We were grumpy by the time we were home but it wasn’t really that bad.

Back at home, I looked up the next eclipse. There’s one in 2024 that goes from Texas up through Ohio. Plus it’s a 4-minute totality, twice as long as this one. I think I’ll be making the trip. If you have a chance to see one of these in the future, it’s really worth it.