I read that it’s Goodnight Moon’s 70th birthday today. I have it on the bookshelf so I pulled it down to celebrate. Going through it after so many years led me to discover some nice hidden gems worked into the illustrations that I had never noticed before (like when I was 5). I’m sure parents everywhere notice after reading this hundreds of times, but it was fun for me to discover them.

The story takes place from 7pm to 8:10pm

The two clocks in the room are synchronized. They start at 7pm and end at 8:10pm. Each time the room is shown it’s 10 minutes later. I think everyone notices that the moon rises in each scene as well.

The Bears in Chairs painting is inside the little house

The window frame of their room is the same as the window frames of the little house in the main room. Even the curtains are the same! They’re in there. They also have the same painting of the cow jumping over the moon on their wall! 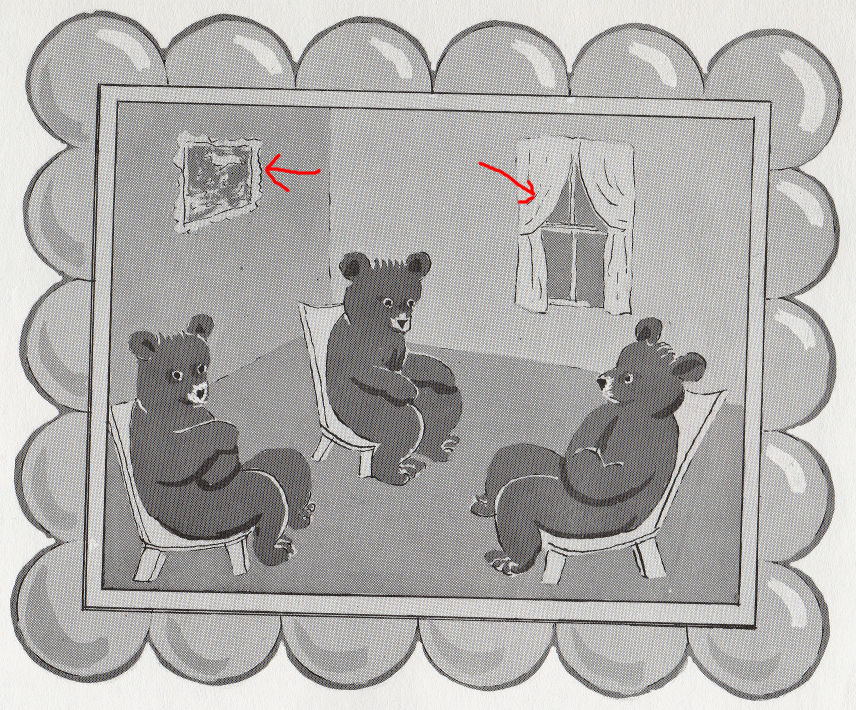 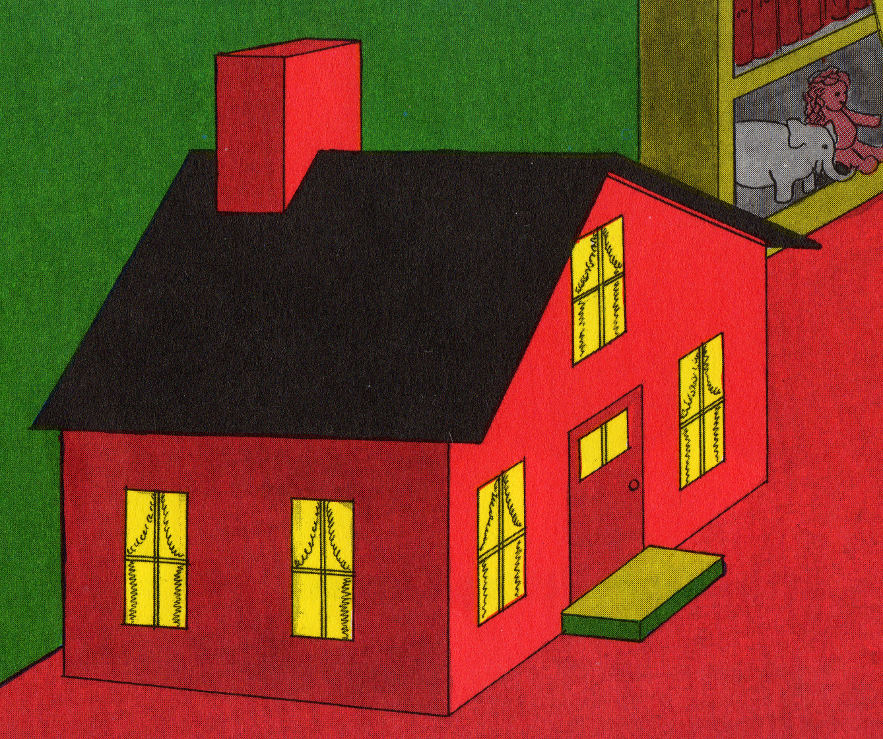 The mouse totally eats half of the mush

Everyone knows that the little mouse is in every scene. But did anyone notice that the mouse ate half the mush towards the end!? 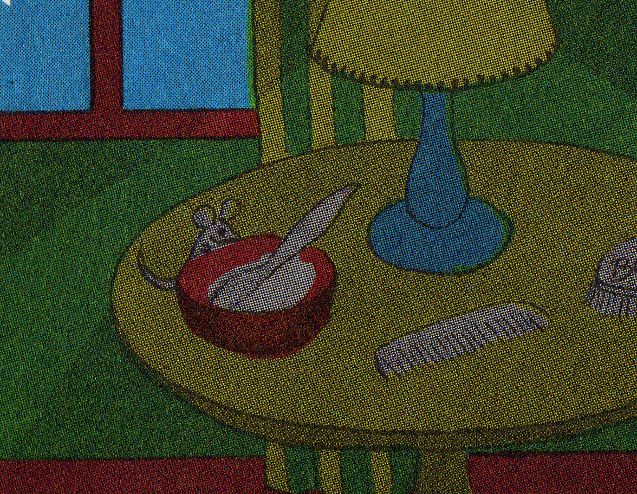 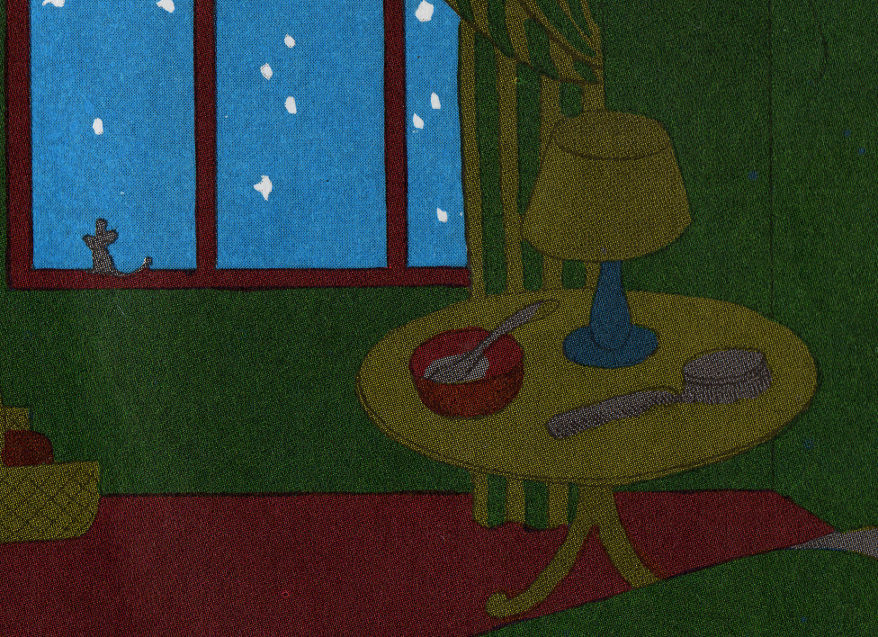 The bookshelf has another book by the author on it

The only book title you can read on the bookshelf is The Runaway Bunny which is actually another book by the same author and illustrated by the same guy. It was published in 1942, 5 years before Goodnight Moon.  Notably, the book Goodnight Moon itself is sitting on the bed stand for another dose of meta. 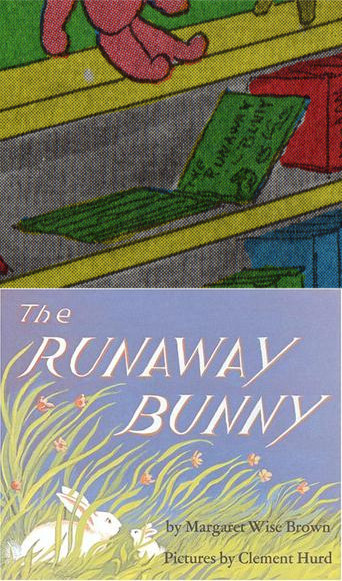 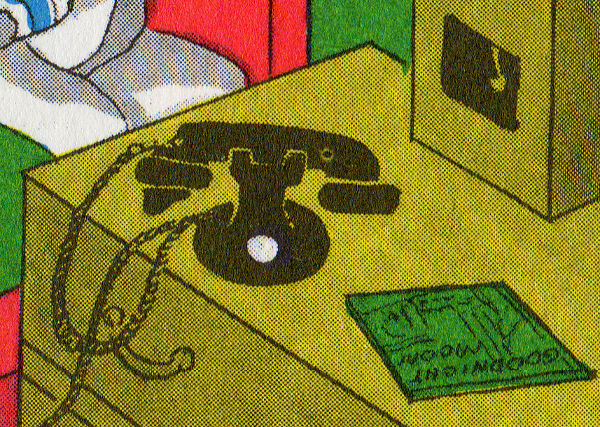 That’s all I discovered for now. I’m sure there’s more though!