Since I’m on a late 1800s physics kick, I’ve been staring at my Crookes radiometer a lot.

You might remember these from the hands-on museum. Today, these are just novelty items, but back in the 1800’s, there were actually scientific instruments that could quantitatively read out the amount of incoming radiation (like visible or infrared light). They were generally read out using a calibrated spinning disk with slots in it. It’s like when you have a fan spinning in a dark room, and you adjust a strobe light until it looks like the fan isn’t spinning. Then, if you know how fast the strobe is blinking, you know how fast the object is spinning. This is called a stroboscope.

Well, I don’t have a stroboscope. But I do have a digital camera and a computer. As it turns out, I can read the Crookes radiometer using that!

END_OF_DOCUMENT_TOKEN_TO_BE_REPLACED 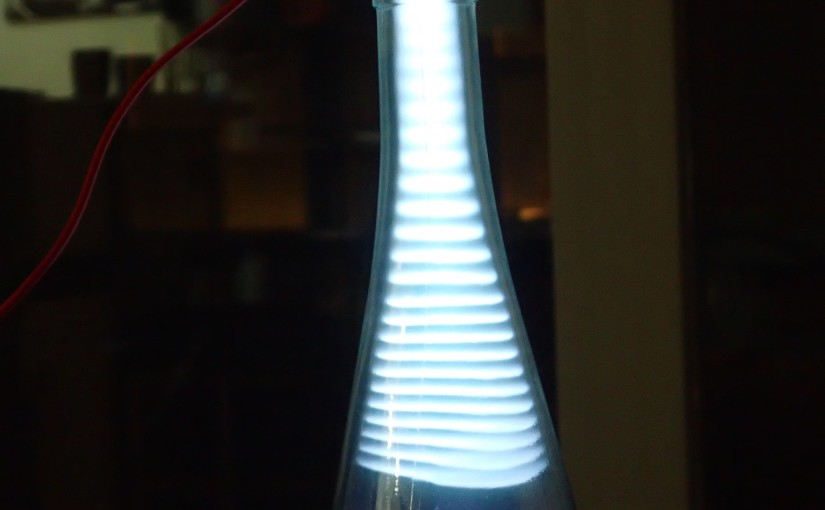 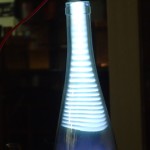 END_OF_DOCUMENT_TOKEN_TO_BE_REPLACED

This post is about how I set up remote operation on my ham radio through a Wifi network, over a VPN, and around the world using a Raspberry Pi, like this:

This could be useful for people who travel a lot and want to be able to use their rig while away. Or for people who want to set up their radio and antenna far away from where they actually live (e.g. apartment dwellers who have friends or parents who live in the boonies and wouldn’t mind you erecting an antenna). If you want to skip the VPN and just control your ham shack from your kitchen, that’s even easier.

I did this all with an ICOM-7100 all-mode radio, a Raspberry Pi B+, a Buffalo DD-WRT router/VPN server, and a laptop running Ubuntu 15.04. This post focuses on the radio control and networked audio but not on setting up the VPN.

END_OF_DOCUMENT_TOKEN_TO_BE_REPLACED

I got into ham radio a few months ago and upgraded to a General-class license last weekend. This is a big step for ham radio people… the moment where you go from being able to talk to people ~30 miles away to being able to talk around the world. Anyway I went out and got a new 100W all-band, all-mode radio, an auto antenna tuner, a deep cycle battery, a 30A power supply, and a mini-Buddipole antenna. Woo!

I had a lot of trouble getting my first contact. I tried every night after work all week. I tried from Volunteer Park, my communal rooftop deck, and my friend’s roof on the 33rd floor of his building. I set the Buddipole up for 20m and heard people from the park but they couldn’t hear me. On my rooftop, I got nothing but S9 noise everywhere and couldn’t hear a thing. Same story from friend’s roof.

Well, I found that you can’t just use the settings that come in the Buddipole manual. Especially if you have the 8ft mast. It’s not high enough to do a 20m dipole efficiently (all RF goes straight up in the air. Read this whole book to understand). So you have to set it up as a vertical like this: